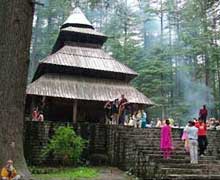 A beautiful hill station in Himachal Pradesh, nestled in between snowy mountains and thick forests, flanked by the Beas River, Manali is truly a travelers paradise. Situated at an altitude of 1950 meters, Manali offers stunning views of the Pir Panjal and Dhauladhar range of mountains, which are considered to be the dwelling place of Gods and Goddesses.

Legend has it that Manali was founded by an ancient sage Manu whose ark found its resting place here after a great flood. Manali, which literally means "the resting place of Manu" is a popular tourist destination and offers a welcome respite from the heat of the plains during the summer months.

Manali is famous for its rugs, traditional shawls, caps and footwear that can be bought-in from the local marketplace. Some of the famous places to shop around in Manali are the Thai Market, Tibetan Market, Hong Kong market and Dragon shopping complex. Moreover, one can also buy juices, fruit jams and pickles from here.

Places to See in Manali

Manali is home to numerous Buddhist monasteries that are revered by its Tibetan population. One of the most famous monasteries here is Gadhan Thekchoking Gompa that showcases Lord Buddha and an array of wall paintings. Himalayan Nyingamapa Gompa is another monastery that houses a large golden faced statue of Buddha.

Old Manali is snuggled at a distance of 2.5 km from the Mall. The mountain village is still adorned with the age old homes made from wood and stone. The famous Manu Maharishi Temple that was made in honor of Lord Manu is also located here.

Erected in the year 1553, Hadimba Devi Temple was dedicated to "Devi Hadimba", the wife of Bhima. Also known as Dhundri temple, the temple is a magnificent piece of art that boasts intricate wood carvings.

Rohtang Pass is located at an elevation of 13,050 feet and is one of the highest points on the Manali-Keylong road. The pass opens from May to November and remains closed rest of the year due to heavy snowfalls that results in road blockage.

Solang Valley is a side valley that falls on the way to Rohtang Pass that is illustrious for its summer & winter sport activities like parachuting, skating, paragliding and zorbing.

The Nehru Kund is one of the far-famed Manali attractions that call in travelers. The spring was named after the Late Pundit Jawaharlal Nehru, the first Prime Minister of independent India. The water spring is said to have the famous Bhrigu Lake as its source.

The Manali Sanctuary was announced as sanctuary under Punjab Birds and Wild Animals Protection Act of 1933 in the year 1954. The wildlife sanctuary is home to an array of wildlife species like Musk deer, Leopard, Monal, Brown bear and Snow leopard. In addition to this, Manali sanctuary also houses a rich variety of lush green flora.

Paragliding is an adventure sport that comprises flying paragliders and is generally enjoyed under the observation of experts. Solang valley is the famous place to enjoy paragliding in Manali.

Solang Valley is one of the most famous points of interest that is highly visited for its skiing slopes.

A famous adventure sport that started in the year 2002 is today one of the most famous activity that is enjoyed in Manali. Zorbing usually comprises a person inside a zorb (transparent plastic ball).

The nearest airport to reach Manali is Bhuntar which is actively connected to the country capital Delhi.

Kalka, Chandigarh and Pathankot are the nearest broad gauge railway stations to Manali.

Numerous state run and private buses connect Manali to the regions of the state as we’ll as other parts of the country like Delhi, Chandigarh and so on. 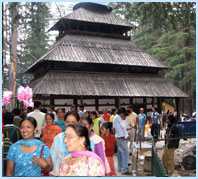 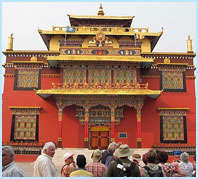 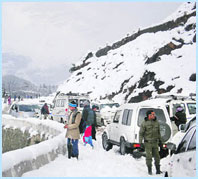 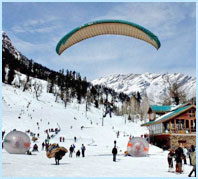 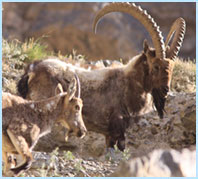 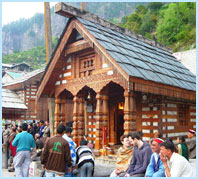