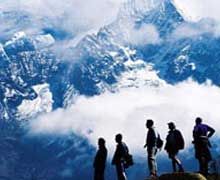 Lahaul-Spiti is a district located in Himachal Pradesh which has its administrative centre at Keylong. The entrance pass to the Spiti valley is from Kunzum la or the Kunzum Pass. The third least populous district shares an international boundary with Tibet and is applauded for its astounding views of mountains, glaciers, monasteries, rivers & ancient structures.

Formed in the year 1960, Lahaul & Spiti were two separate districts formerly. The people here follow both Hinduism & Buddhism, though the district is deeply influenced by the Tibetan Buddhism. The great translator Rinchen Zangpo, travelled from Tibet across these lands during the 10th century AD in the reign of Guge kings of Tibet. It was under his supervision that various monasteries were built in the district of Lahaul – Spiti.

Pin Valley National Park is one of the famous wildlife centre located in the Spiti valley. Declared a national park in the year 1987, pin valley houses a wide range of flora & fauna species.

Chandra Taal is the origin of Chandra River, which is one of the famous summer camping destinations for tour enthusiasts.

It is the hub of Buddhists researches in India. The monastery is home to 300 lamas who are receiving their religious training here. Being one of the oldest and biggest monasteries in Spiti, Kye is highly revered among various Buddhist in and out of the region. One can see the rare 'Thangka' paintings, scriptures of Buddha, ancient musical instruments like 'trumpets, drums and cymbals here.

The villages of Dhemul, Langcha, Lalung and Komic offers home stay accommodation to travelers in Lahaul & Spiti. Travelers can experience the true culture of the region as well as get in touch with the locals during their stay here.

Situated at an elevation of 3050 meters, Tabo Monastery also referred as 'Ajanta of the Himalayas' is a 10th century Monastery that was founded by Richen Zangpo. Declared a UNESCO World Heritage Site, Tabo monastery is home to lamaas and is known for its unique collection of scriptures, Tankhas & Stucco wall paintings and pieces of art.

Bhuntar airport is the nearest airport to reach Lahaul & Spiti.

The nearest railhead is at Joginder Nagar and the nearest broad gauge railheads are at Chandigarh and Shimla.

Lahaul - Spiti is well connected to the rest parts of the state via active road network. 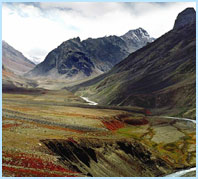 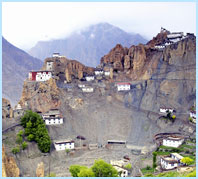 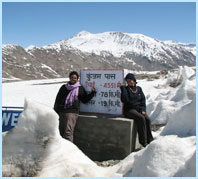 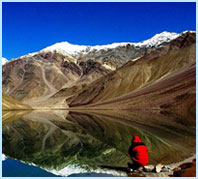