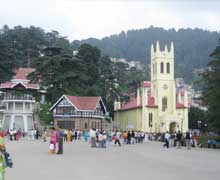 Shimla the capital city of the beauteous state of Himachal Pradesh is one of the most enticing hill stations situated at a height of 300 to 2200 m. The entire hill-station is drenched in the most colorful hues of Mother Nature that paints the entire region in some of the most spellbinding vistas. The hill station is bounded by Mandi & Kullu (in the north), Kinnaur (in the east), Uttarakhand (in the south-east) and Solan and Sirmaur (in the south). The entire hill-station is one of the most after destination that plays a vital role in promoting tourism in the entire state.

Arki Fort was erected in between 1695 - 1700 by Rana Prithvi Singh. The fort is now converted into a heritage hotel that caters to the accommodation needs of travelers. Built in Rajput and Mughal architectural style, the fort is a magnificent piece of art.

Built by Ram Shara Singh, Diwan-i-Khas or Audience Hall is a very significant piece of art that encompasses various style of painting like those of Arki, Kangra, Rajasthani, Kullu and European.

Gaiety Heritage Cultural Complex is a historic structure that is located on the mall road . The theatre served as the sole mode of entertainment that offered a platform to the easily approachable as it occupies strategic location along the Mall Road. Build in the gothic Victorian style, the theater is an imp... More

Places to See in Shimla

Built in the year 1857, it is one of oldest churches in North India that was erected in Neo-Gothic architectural style. Christ Church is one of the most prominent landmark of Shimla as well as a legacy of the British rulers.

Jakhoo Temple located on the Jakhoo Hill is an ancient temple that was erected in honor of Lord Hanuman. It is believed that while on his quest for the sanjeevni booti, Lord Hanuman stopped for some rest at this point. One can find numerous monkeys near the temple premises here.

The Ridge road is an open large space situated in Shimla. The entire spacious platform offers panoramic views of the snow-capped mountains and picturesque surroundings of the entire region.

The Mall road is the shopping hub of Shimla and has many restaurants, shops, offices and post offices.

Located a few kilometers away from the ridge, Summer Hill is nestled at an elevation of 5600 feet on the Shimla- Kalka railway. It was here that Mahatma Gandhi used to stay during his Shimla visit.

Shimla has a meter gauge railway station that is actively connected to Kalka. Kalka can be easily reached from destinations such as Chandigarh, Ambala, Delhi, Mumbai and Kolkata.

HPRTC buses actively connect various parts of the state to Shimla as well as offers easy connectivity from cities like Delhi and Chandigarh. Private bus services are also available for road transport. 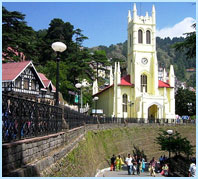 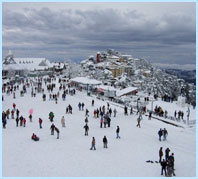 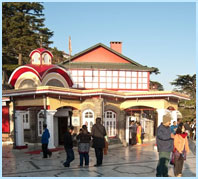 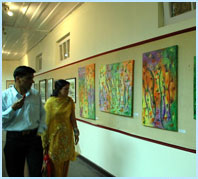 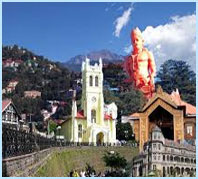 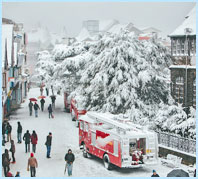