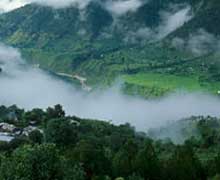 Place : Kullu, Area: 5,503 sq.kms, Population : 381,571, Altitude : 1230 m (Kullu) Climate : Pleasant temperature in summer and cold below 0 C with heavy snow fall in winter Visiting season: March to June for relaxation and visiting the places of sight seeing and enjoy short and long excursions as well as climbing and river rafting , Languages : Hindi, Punjabi, Pahari, English are understood and spoken by the people engaged in tourism trade

The most charming and beautiful Kullu valley spreads out its charm on either side of river Beas. The valley runs north to south of this river and is 80km long and about 2km at its broadest. Yet with awe inspiring glens and mossy meadows encircled by the rushing streams and meandering brooks, flung east & west, a fairly wide area is open to the tourists, the trekkers, the mountaineers, the artists and to anyone who wishes to escape the heat & dust of the plains to breathe the exhilarating air of the Himalaya and enjoy the spectacle of the variegated mountain scenery. The valley is also famous for its exquisitely woven colourful hand made shawls and kullu caps.

Air : Kullu is connected by Indian Airlines and Air Deccan with Delhi. The airport is at Bhuntar, 10kms. from Kullu.

Rail: Nearest convenient rail heads are Kiratpur and Chandigarh on Broad Gauge and Jogindernagar on Narrow Gauge from where Kullu can be reached by road.

Manikaran is snuggled between the Beas & Parvati River in the Parvati Valley, Kullu District in the state of Himachal Pradesh. Located at an elevation of 1760 m, Manikaran is a famous attraction that holds great religious significance. The region is far-famed for its religious attractions and illustrious hot springs.

Manikaran is a pilgrimage centre that holds great religious profoundly honored by the Hindus. It is believed that “Manu”, the Hindu lawgiver lord made it a sacred place and recreated human life after the flood.

According to another legend, it was here when Lord Shiva and his Devi Parvati were walking in the valley that Goddess Parvati dropped one of her earrings that was seized by the serpent deity Shesha. The serpent only returned the jewel when Lord Shiva performed Tandava and shot the jewel up through water. Seemingly, jewels continued to be thrown up in the waters at Manikaran until the earthquake of 1905.

Lord Ramchandra Temple was made in the 17th century in honor of Lord Rama by Raja Jagat Singh.

The Lord Shiva temple is highly revered in Manikaran. It is believed that the devtas of Kullu valley pay visit to this place regularly on specified dates.

The Sri Guru Nanak Dev Ji Gurudwara is one of the most famous religious attractions in Manikaran that is highly honored among people of the Sikh community. As per legends, during third Udasi, Guru Nanak Dev Ji along with his disciple Bhai Mardana came to this place in 15 Asu 1574 Bikrami.

The Harinder Mountains surrounds the entire region of Manikaran and is a bewitching sight. It is said at a mere look at the mountains frees the onlooker from all evils.

The hot springs in the Parvati river is one of the most famous Manikaran attraction that every visitor and tourist. The hot springs is considered holy and it is believed to cure the pain and problem of those who take dip in the springs.

Kulant Pith is the holiest of all piths located in the entire nation. As per legends it is believed that Lord Shiva was very impressed by the beauty of this place and remained here for some time.

The nearest airport is at Bhuntar Airport is well connected to various destination within as well as outside the state like Delhi, Chandigarh, Pathankot, Dharamshala and Shimla.

The nearest railway station is at Pathankot (150 km) and Chandigarh (268 km).


The village of Kasol is located on the banks of the Parvati River in Parvati Valley. The village that falls on the way between Bhuntar to Manikaran is snuggled at an elevation of 1640 m. Kasol is zoned into Old Kasol and New Kasol each of which is located on either side of a bride. The entire village is a famous base for Himalayan trekking to SarPass, Pin Parbati Pass, Yanker Pass and Khiriganga. Kasol is highly visited by tourists from Israel and thus one can find numerous banners in Hebrew language throughout the valley.

Bhuntar situated 30 km away is the nearest airport to Kasol and is well connected to Shimla, Pathankot and Delhi.

The nearest railway station is at Pathankot (150 km). Chandigarh (310 km) is another railhead to reach Kasol.

The shops of Kasol are the perfect place to buy western clothes and relish some of the most tempting food from the west. Apart from the line of restaurants nearby the Foreign Money Exchange, tourists can also find an ATM in Kasol. 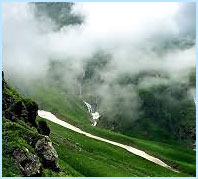 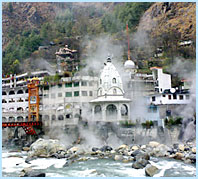 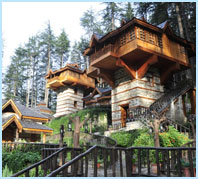 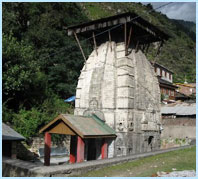