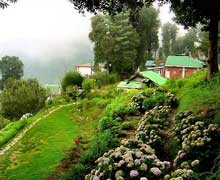 The hilly township of Mashobra is one of the ideal places for travelers to experience a world of serenity and solitude in Himachal Pradesh. The lush green place houses a huge wildlife sanctuary, ancient temple as well as orchards.

Goddess Durga temple is a famous religious attraction in Mashobra that holds great religious significance amidst the locals and other tourist. Made in honor of Goddess Durga is visited by an array of devotees and visitors in Mashobra.

It is one of the best places to hang out in Mashobra beneath the tall cedar trees and amidst the most beauteous vistas. The highest peak of the belt named Shali can be reached by trekking from Mashobra.

It is one of the famous forest sanctuaries famous for its rare and endangered species of flora and fauna. Some of the species found here comprises monkeys, barking deer, jackals and leopards. Bird-watching is another famous activity that can be enjoyed here. Himalayan eagles, partridges and pheasants are the most common birds found here.

The airport at Shimla is the nearest airport to reach Mashobra (40 km).

The nearest railway station is at Kalka (105 km), which is well connected to Amritsar, Mumbai, Delhi and Kolkata.

Mashobra is actively accessible from Shimla via various state-run and private buses. Delhi and Chandigarh are also well-connected via active bus services.

Mahasu Devta Temple is one of the famous holy places of Mashobra which issituated 11 Kms from the city. This holy destination is dedicated to the Hindu God Shiva and is well known as Mahasu Devta in the language of locals. Mahasu Jatara is the main attraction of this temple which is celebrated every year here.

Located just 12 Kms from Mashobra, Kufri is among the major and ultimate place to visit in Mashobra which is famous for its panoramic views. It is a small and popular hill station and is a perfect destination to spend holidays close to the nature. It is well known for its Himalayan Nature Park and tourists flock the place in large number from all over the world.

A famous attraction for visitors, Carignano is located at a distance of 7 Kms from Mashobra and is situated on Naldhera Highway of Shimla. It lies on an average elevation of 7700 ft above the sea level. This beautiful place is well known for its beautiful Italian Villa which was built by Chevalier Peliti. The highest water lift serves as the leading attraction of this place among tourists.

Wild Flower Hall is situated at a distance of around 8 km from Mashobra, at a height of 2,498 m on the Mahasu Peak. It is located in the town of Charabra and serves as a hotel.

Mahasu Peak is named after Lord Mahasu, the main deity of the region. The site has a Durga Devi Temple, where a two-day festival is organised every year. The festival starts on the 3rd Tuesday of the month of May. The festival is popularly known as the Mahasu Jatara. It is believed that the temple was built by the Badoli Rulers in a village known as Chakroth. When the dynasty declined, the villagers shifted the idols of the temple to its present location and also started organising the annual fair. Archery competition, goat sacrifice and performances of folk songs and tribal dances, like Natti, are part of the celebration.

Reserve Forest Sanctuary is an integral part of the Shimla Reserve Forest Sanctuary. It is covered with plantations of oak, pine and cedar and is situated on one of Asia’s largest watersheds. It is surrounded by the Indus River and is home to various species of flora, fauna and avifauna. The natural vegetation in the sanctuary comprises deep green foliage of maple and chestnut trees. The sanctuary is the natural habitat of animal species that include monkey, jackal, baboon, barking deer and leopard. Many birds, such as the Himalayan eagle, pheasant, chikor and partridge can also be spotted in the sanctuary. It is considered as the ideal venue for trekking, camping and picnic. The sanctuary also offers beautiful views of the Pir Panjal Mountains, located in Jammu and Kashmir.

The village of Mahasu is named after Lord Mahasu, the patron deity of this village.And the Mahasu Jatara is a popular fair organized near the village in honour of the God. On the third Tuesday of May, people from far and wide congregate for the two day festival held in front of the Durga Devi Temple. The legend states that a ruler of Badoli lived nearby and built a temple within his jurisdiction, a place known as Chakroth. But when he fell from power, the villagers built this particular temple in their own village and began the tradition of a yearly fair to mark the occasion. Every year, a local dance called the 'Natti'is performed here. Folk songs and games add to the melee. And the main attraction of the fair is an archery competition. The grand finale is the goat sacrifice. So if this sounds like something you would enjoy, make Mahasu Village part of your agenda this holiday!

Mashobra has a rich cultural heritage and many wonderful festivals in Mashobra are celebrated with grandeur.

Navratri (Nine Nights), dedicated to the worship of Goddess Durga occurs twice every year and is celebrated with much pomp and show in Mashobra. During the nine days of the festival nine different forms of the Goddess is worshipped. It is really a wonderful experience to be a part of these festivities in Mashobra.

Lohri in Mashobra is celebrated with great gusto just before the day of Makar Sankranti. Lohri is one of the most beautifully celebrated festivals of Punjab and is enjoyed with singing special Lohri songs and dancing merrily to the beats of Dhol.

One of the most important festivals of Hindus, Diwali, is also well known by the name of “Festival of Lights” or Deepavali. It is celebrated in the month of October or November. Diwali in Mashobra is celebrated with great pomp and show. Goddess Lakshmi is worshiped on this festival.

The "festival of colours" is indeed celebrated in a very colourful manner in Mashobra and is one of the biggest festivals for the natives.” The atmosphere is really charged up during the celebrations.

Mashobra is connected to the country via the major modes of transportation namely air, road, and rail

The nearest airport to Mashobra is at Shimla, located around 10 kms away from Mashobra.

Well connected to major cities of India such as Amritsar, Chandigarh, Delhi and Manali by a network of well- maintained roads, reaching Mashobra

Tourists can visit this destination during the summers, which start in April and lasts till June, as the climate remains pleasant and comfortable. Winters in this town are known for low temperatures, which can drop to -10° C. Therefore, tourists who are not comfortable with extreme cold weather are advised to avoid Mashobra in this season. 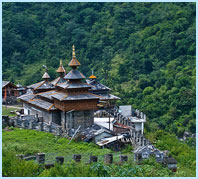 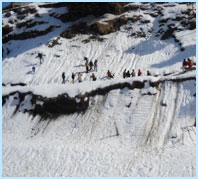 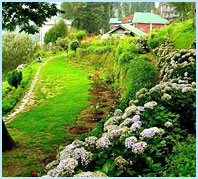 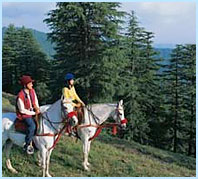 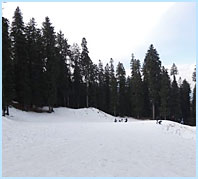 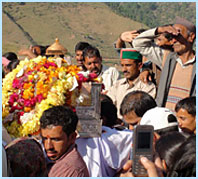