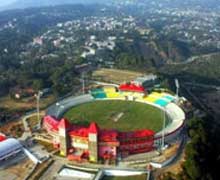 The city of Dharamshala located in the district of Kangra in Himachal Pradesh. Formerly called as Bhagsu, the city is home to the residence of the Dalai Lama's and also houses the Central Tibetan Administration.

Dharamshala and its nearby area was under the reign of the Katoch Dynasty, the oldest serving Royal Family in the world. The people of Dharamshala are Gaddis, nomads or semi-nomads (transhumant).

The Bhagsunag waterfall gushes a few kilometers away from Dharamshala. The beautiful & mesmerizing waterfalls are a must for an outgoing heart. One can also find a temple located nearby the waterfalls.

Fringed with trees of Deodar and Fir, the Dal Lake is an awe-inspiring spot located nearby Dharamsala that attracts numerous travelers & passerby.

Also referred as little Lhasa, McLeodGanj is famous for being the residence of His Holiness Dalai Lama and housing the headquarters of the exiled Tibetan government. Moreover, McLeodGanj is also home to various monasteries and Buddha Statues is one of the biggest Tourist attractions in Dharamsala.

Made in honor of Goddess Jwala, Jwalamukhi Temple worships the goddess in the form of a flame. The four cornered temple with a small dome on the top houses a square central pit of hollowed stone where the flame burns endlessly. Every year, in the months of July/August during Navratras a fair is celebrated at the temple.

St. John's Church is snuggled between McLeod Ganj and Forsythe Ganj. The cgurch is famous for housing the tomb of one of the Viceroys of British India named Lord Elgin.

By Rail : Pathankot, Punjab is the nearest major railhead to Dharamshala.

By Road : Dharamshala is actively connected with cities and towns within the state and outside its boundaries via through the Inter State Bus Services. 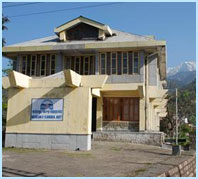 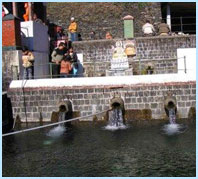 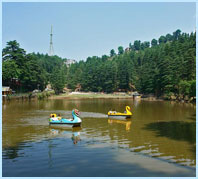 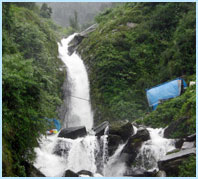 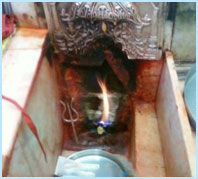